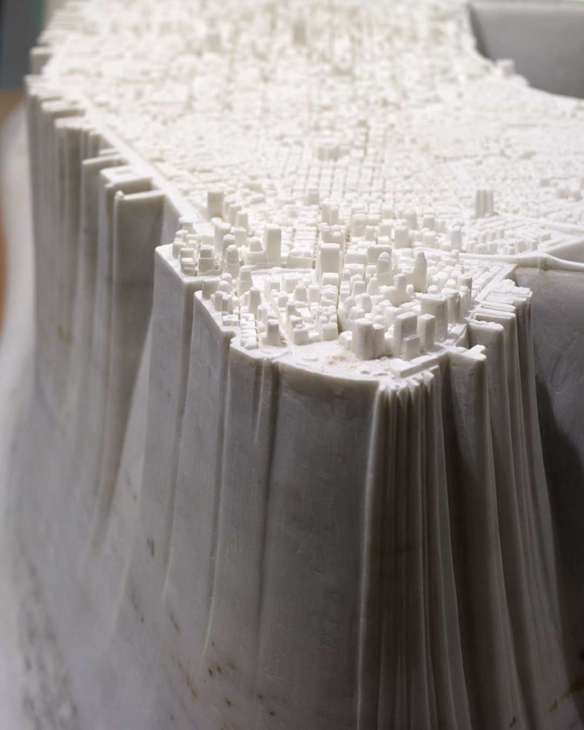 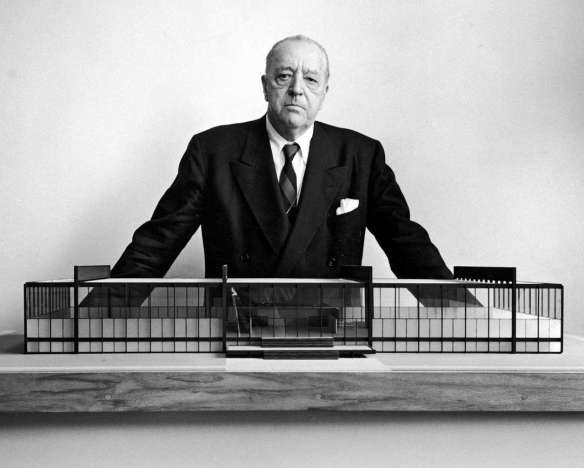 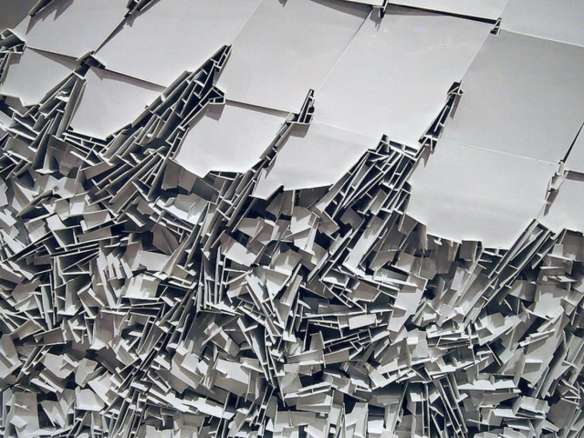 Harvard Design Magazine has now published our article on the way the theory of affordances developed in our philosophical VIDI-project has contributed to RAAAF’s award winning End of Sitting landscape of standing affordances. The paragraph below gives an impression of the philosphical ideas behind this enactive art installation. 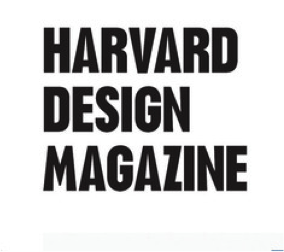 “Affordances are relations between aspects of a material environment and abilities available in a form of life”, which includes socio-cultural practices in our human case (Rietveld & Kiverstein, 2014, p. 335).

This definition suggested to us, the Amsterdam-based multidisciplinary studio RAAAF [Rietveld Architecture-Art-Affordances], that it should be possible to piggyback on peoples’ existing abilities for standing, leaning and hanging to create new affordances for working in all sorts of supported positions. Moreover, from studies on affordances in ecological dynamical-systems theory we know that offering a large variety of affordances can help create an environment that invites roaming around in a certain area (see Bruineberg & Rietveld, 2014 on “metastability” and action readiness). The combination of these ideas let to the End of Sitting, a large, spatial art installation that offers an entire landscape of (body-scaled) affordances that scaffold working in many different positions and invites people to switch positions frequently.”

Well known philosophy journal Phenomenology & the Cognitive Sciences has accepted our paper on optimal grip on affordances in RAAAF’s architectural design practices. It is based on Anne Brouwers’ ethnography as an embedded researcher at RAAAF ‘s studio. 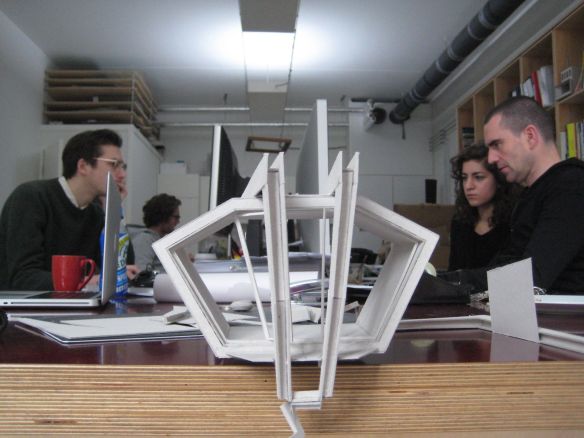 This paper will be interesting for philosophers of enactive/embodied cognitive science, philosophers working on distributed cognition and architects/artists curious about RAAAF’s way of working and affordance-based architecture more generally. 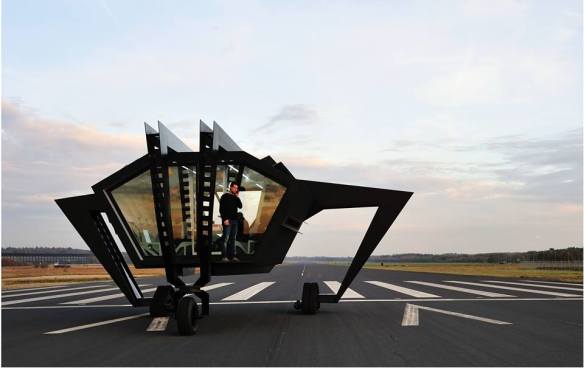 The End of Sitting is a large spatial installation at the crossroads of visual art, architecture, philosophy and empirical science. 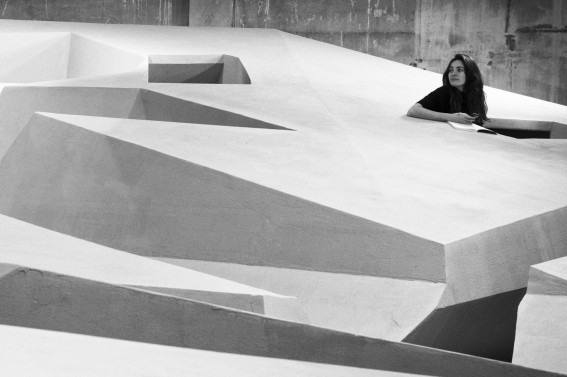 In our society almost the entirety of our surroundings have been designed for sitting, while evidence from medical research suggests that too much sitting has adverse health effects. RAAAF [Rietveld Architecture-Art Affordances] and visual artist Barbara Visser have developed a concept wherein the chair and desk are no longer unquestionable starting points. Instead, the installation’s various affordances solicit visitors to explore different standing positions in an experimental work landscape. 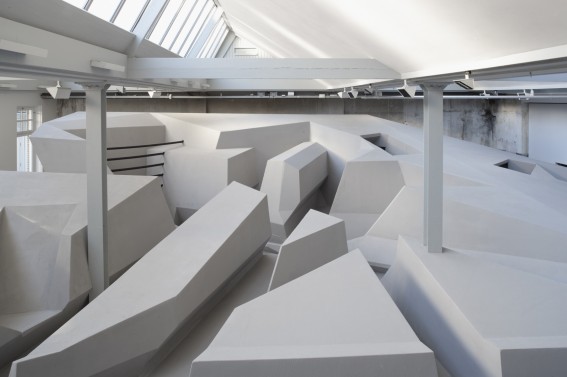 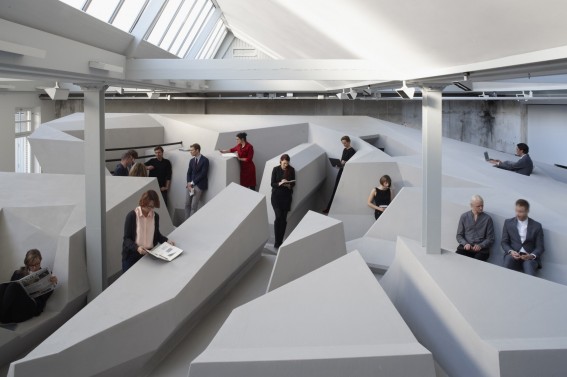 The End of Sitting marks the beginning of an experimental trial phase, exploring the possibilities of radical change for the working environment. This project is a spatial follow-up of the recently released mute animation ‘Sitting Kills‘ by RAAAF | Barbara Visser, developed as a vision on the workspace of 2025, commissioned by the Chief Government Architect of the Netherlands. Moreover, the art installation is the visual component of Erik Rietveld’s philosophical research project titled ‘The Landscape of Affordances: Situating the Embodied Mind’; the installation visualizes the  philosophical notion of a Landscape of (Standing) Affordances. You can find a link to the philosophical paper on the landscape of affordances in this earlier post. 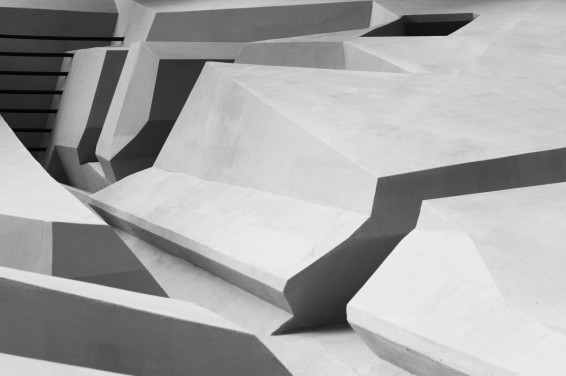 You can find an overview of the attention this project attracted in the international media here and a summary of RAAAF’s research for the End of Sitting below: 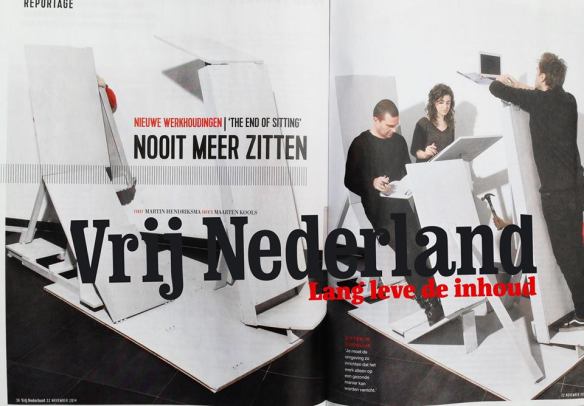 One of my ongoing interests is visualizing the field of affordances. See for instance the Trusted Subcultures-project RAAAF presented at the Sao Paulo Biennale 2009, using social affordances to create new public domain for the centuries old water city of Amsterdam. Or, more recently, our project Outstanding Landscape of Affordances.

Another example is the Dutch Atlas of Vacancy in which we investigated the affordances (in context) of 10.000 empty public builldings in the Netherlands. For instance the possibilities for making noise: at a vacant air base or in a vacant bunker one can make sounds of 140DB without disturbing anyone. 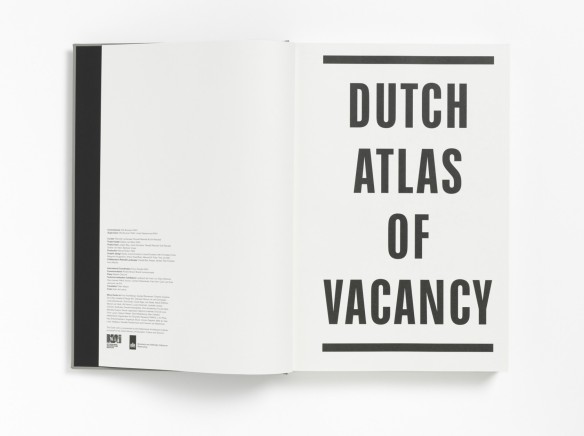 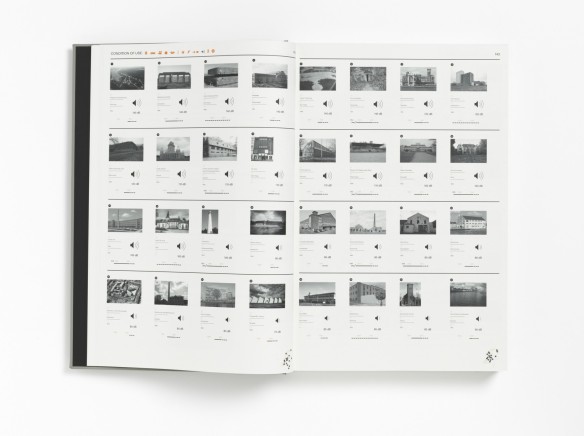 In a new special issue on Neurophenomenology edited by Evan Thompson for Frontiers, Sanneke de Haan, Martin Stokhof, Damiaan Denys and I have now published a more abstract sketch of different fields of affordances. 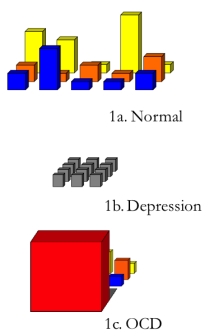 We propose that the changed world as described by the 18 OCD patients with Deep Brain Stimulation interviewed by us at the Academic Medical Center can be fleshed out in terms of changes in their field of relevant affordances. We can distinguish three dimensions to this field: the “width” refers to the broadness of the scope of affordances that one perceives. This dimension relates to having a choice or action options. The “depth” of the field refers to the temporal aspect: one not only perceives the affordances that are immediately present here and now, but one is also pre-reflectively aware of future plans and possibilities for action: the affordances on the horizon that one is responsive to, so to speak. This temporal horizon reflects our anticipatory affordance-responsiveness. Lastly, the “height” of each of the affordances refers to the relevance or importance of the affordances that one is responsive to, i.e., to the experienced solicitation or affective allure. This dimension of relevance and salience relates to the motivational force of affordances.

The title of our (open access) article is: The phenomenology of deep brain stimulation-induced changes in OCD: An enactive affordance-based model.

Tracy Metz (the architecture critic of the Netherlands national newspaper NRC Handelsblad/Next) reviewed the graduation exposition of our students at Sandberg Institute’s Master Vacant NL. This is the first program in the world that focuses on the potential of ”temporary use” of empty architecture. Working on-site, the graduates unlock the affordances of vacant building with novel interventions. Their projects present opportunities for sequential temporary use (hopping from building to building) and provide users with unorthodox tools to colonize vacant cultural heritage, thousands of unique, goverment-owned buildings. Read the review here (click to zoom in; the article is in Dutch).

See also a review (in Dutch) by journal de Architect. 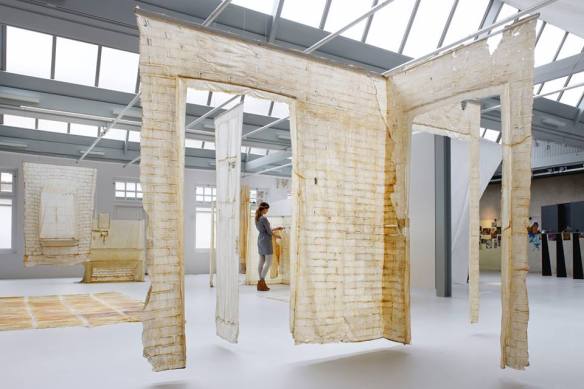 Below you will find a photo of Pretty Vacant, a new installation by Rietveld Landscape, acquired by the Centraal Museum with support of the Mondriaan Fund. 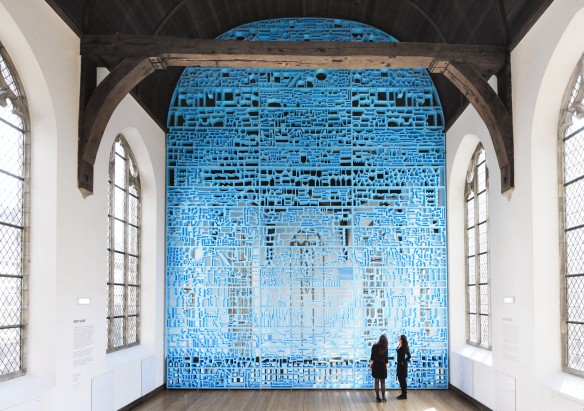 The installation Pretty Vacant by design and research studio Rietveld Landscape encourages visitors to take a fresh look at the empty spaces of the Centraal Museum. The blue window literally and figuratively sheds a new light on the space and complements the architecture of this medieval chapel. The window is based on the ‘negative spaces’ of Rietveld Landscape’s earlier installation Vacant NL, which was the Dutch submission for the Venice Architecture Biennale in 2010. 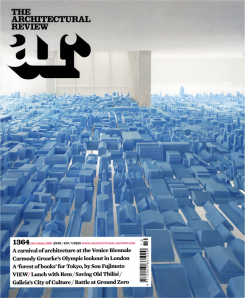 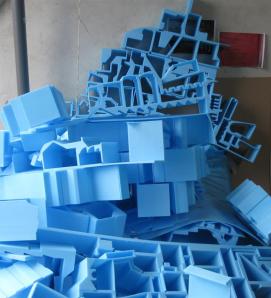 The installation in the Gerrit Rietveld-designed pavilion in Venice showed the enormous potential of 10,000 disused public buildings in the Netherlands from the seventeenth to the twenty-first centuries.

From the press release of the Centraal Museum: “Rietveld Landscape’s work fits in well with the Centraal Museum aim to acquire work at the intersection of art, design and architecture. Rietveld Landscape is a young studio that represents in an outstanding way the new developments at this intersection. Museum Director Edwin Jacobs described them as ‘the talents in field of spatial interventions, without equivalent in any existing architectural or theoretical discourse. They are real new-thinkers in images.’ Through the acquisition of the installation Pretty Vacant by Rietveld Landscape with support from the Mondriaan Fund, the Centraal Museum has realised its ambition of adding Vacant NL to the ‘Collectie Nederland’.”

The curatorial team of the Istanbul Art Biennale 2013 has invited Rietveld Landscape to make an installation in the heart of the city. In early December Ronald en Erik Rietveld had visited potential locations for their new site-specific intervention. 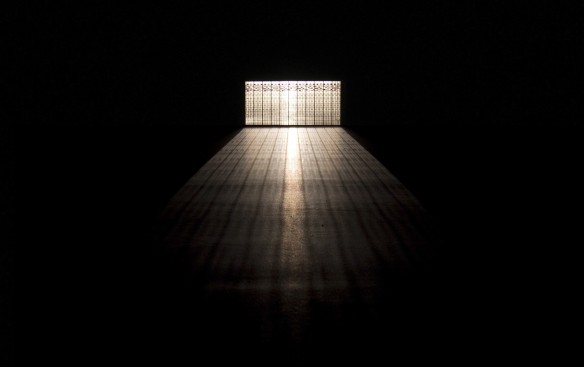